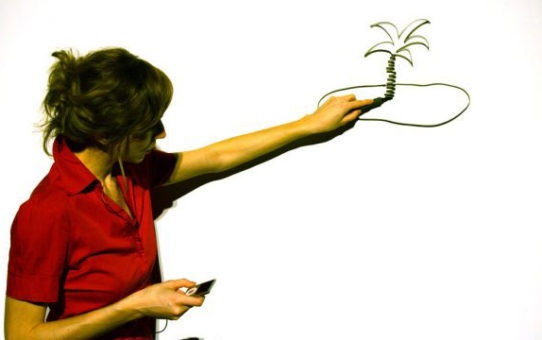 In 1977, NASA launched two space probes, Voyager 1 and Voyager 2, to study the outer Solar system.
Each of the spacecrafts carries a golden phonograph record that contains sounds of the Earth recorded as a message to hypothetical extraterrestrial civilizations. The recordings include natural sounds such as wind, thunder and ocean waves, but also animal cries,  human crying and laughter, music from different cultures, and even the noise of machines.

But what if humanity was to send a new record into space every year? Which sounds would you choose to convey a particular moment of history?

In the form of a lecture performance, TRACKS outlines a subjective soundscape of 1989, the year marked by the fall of the Berlin wall.
Using thousands of sound clips recorded by anonymous Internet users worldwide, the piece is structured as a sonic journey through both historical and imaginary spaces. Echoes of footsteps, slamming doors and old alarm clocks intertwine with political history, linguistics, astrophysics, ecology and art, accompanying the drawing of the performer on a whiteboard that gradually evolves into a sound postcard of the year 1989.

It is the year in which the whole world is memorising the Tetris theme song, the word “comrade” disappears from Romanian everyday speech and the sound of the golden toad is heard for the last time in the jungle of Costa Rica.

Anything that vibrates between 20Hz and 20kHz produces sound. All spaces resonate in their own particular frequencies.
TRACKS captures the way in which the frequencies of World History resonate in the memory of a single individual.

Thanks to:  Marie Roche / Grand Ensemble for project management 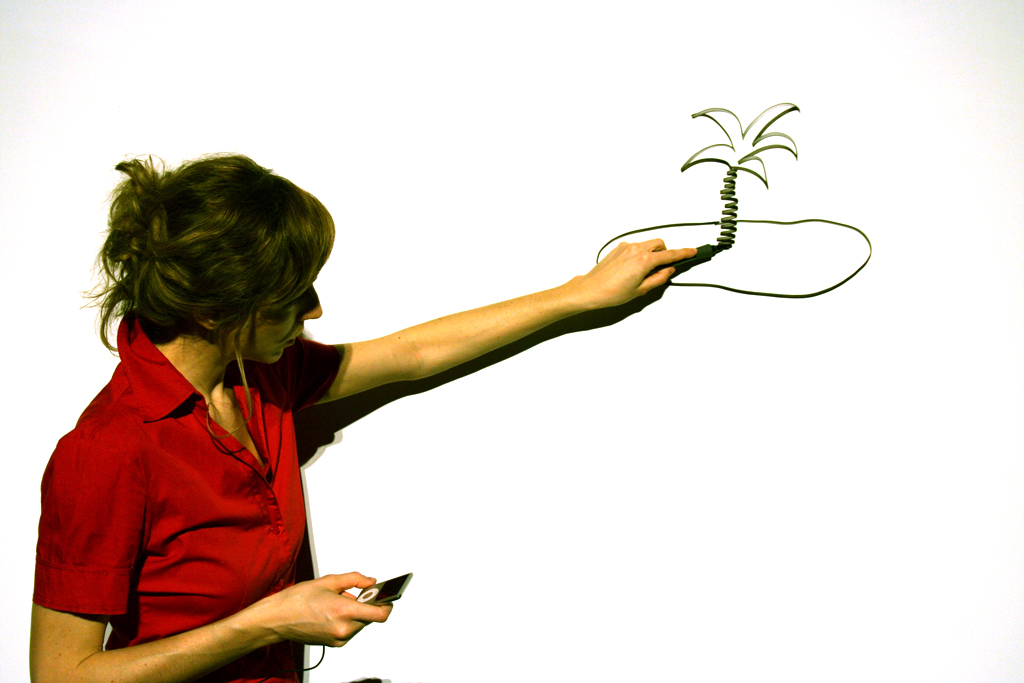 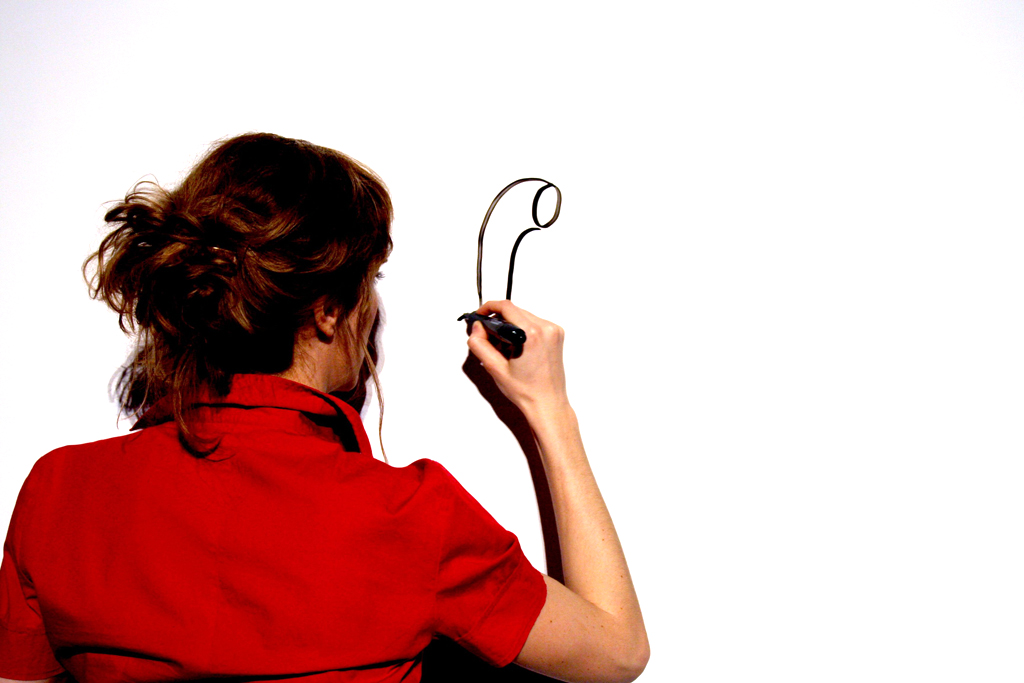 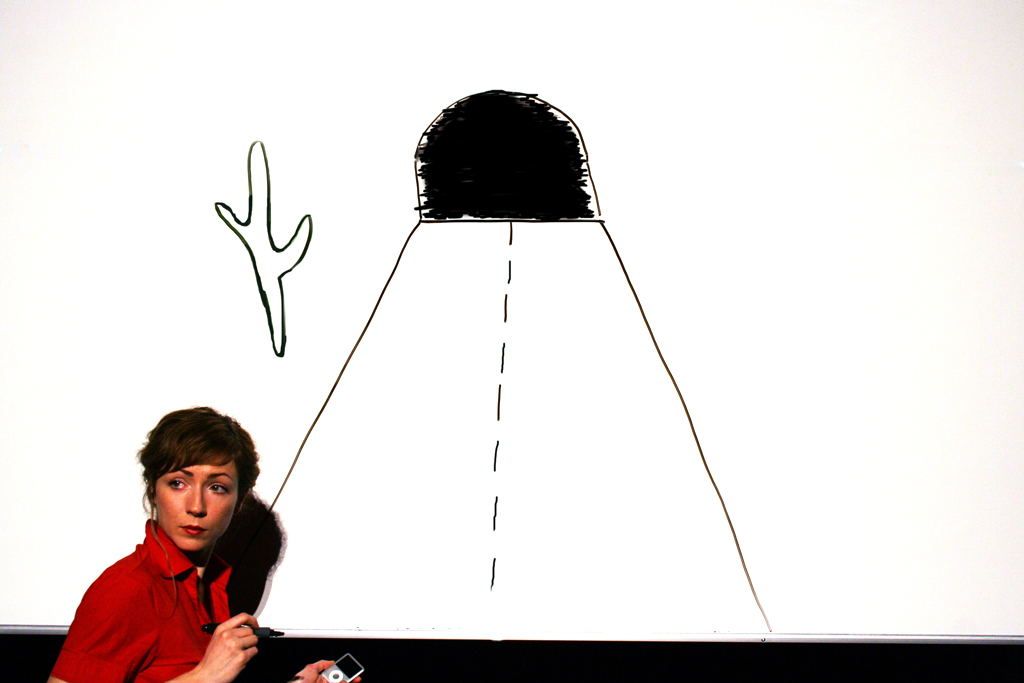 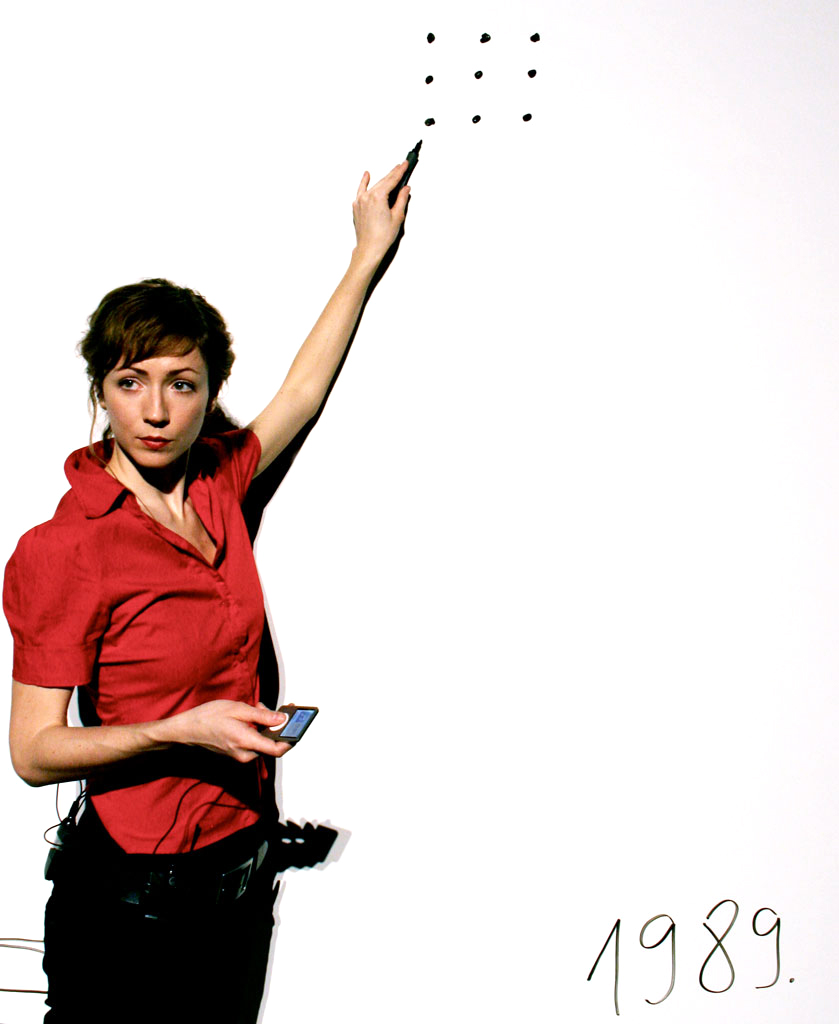 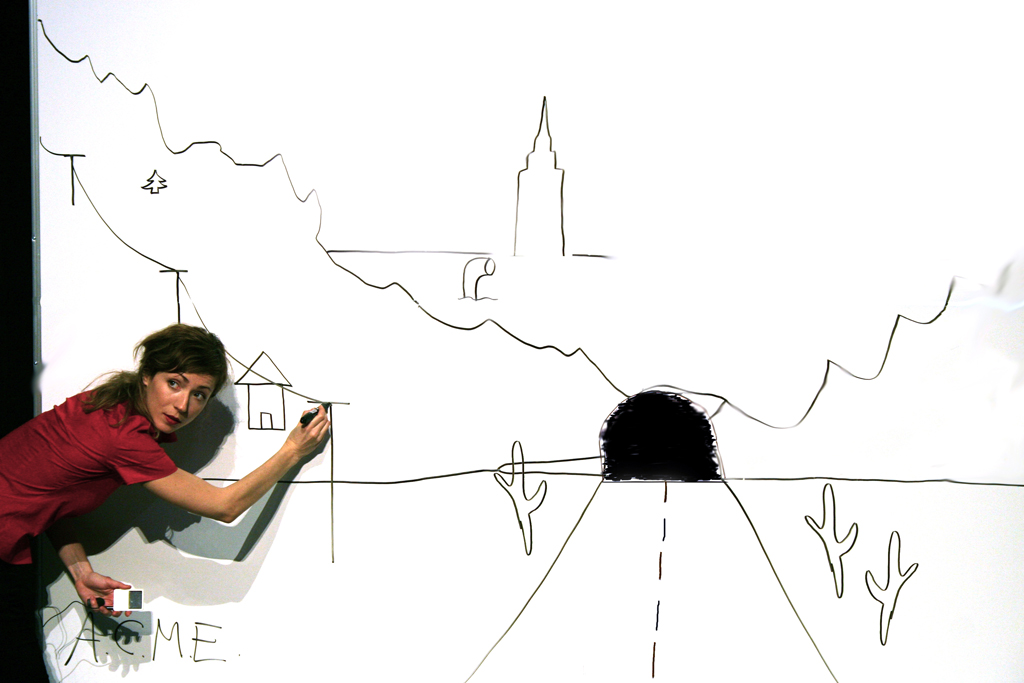 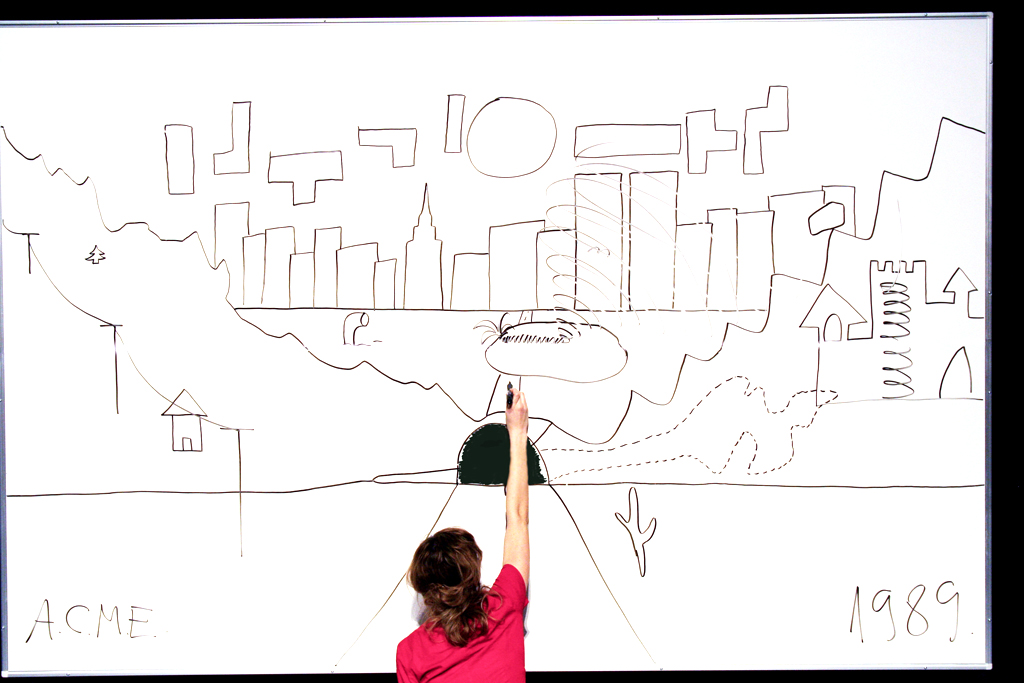 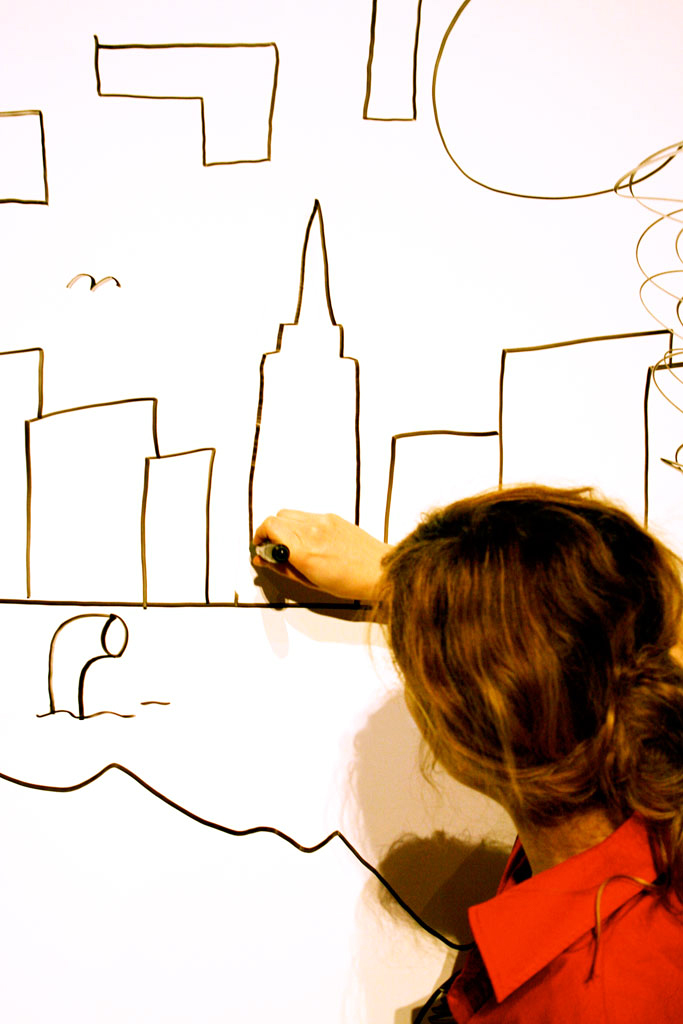 Equipe in touring
3 persons
Stage set
A black board 3mt. wide, 2.20 mt. high, on which is possible to write with a white chalk
A sponge and a bucket
Stage
Distance of about 3 mt. between the board and the first row of the audience
Light
Without any change during the entire play. The light illuminates the entire board with a filter 202 or 203 and cuts straight to the sides and the top of the frame. It is more open at the foot of the board, illuminating up to 3 mt of the ground.
The public is also lit, using audience lights, low intensity.
Audio
A Yamaha console 01V 10 inputs/10 outputs
CD player auto-pause
Wireless microphone system: Headworn Mic (skin colored, with windscreen) and Lavalier Mic, both compatible with same Bodypack Transmitter (we will choose one of the two after testing)
10 speakers MPB 200 or equivalent (or more powerful, depending on the size of the space) with grids for hanging + 2 subwoofers
(stereo rear of stage, stereo front of stage with subwoofers, double cluster in center stage, stereo rear of audience, possibly additional ones between front of stage and rear of audience*) * depending on the depth of the audience space
DI 2 to ipod
Connecting cable jack / mini jack 4 mt.
Mounting of pannel, audio and lights one day before, last adjustments the morning before the show
Rehearsal schedule
6 hours of rehearsals